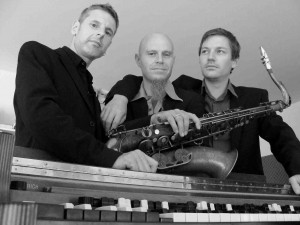 B-Pocket primarily plays groovy arrangements taken from the jazz area. Various boogaloos by Lou Donaldson, Eddie Harris or Bobby Timmons to mention just a view, are part of the diverse repertoire of the band. Combining the Hammond B3 with saxophone and drums leads to the authentic tone known from countless recordings sounding as actual as it can be. Other songs in the play list include modern versions of New Orleans Beats, which were made popular by The Meters towards the end of the sixties – arrangements which are an undisputed part of the modern Groove Jazz scene. 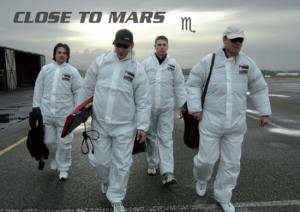 2 years ago Close To Mars started to collect musical ideas during live-sessions. Collectively the band members have been experimenting with those ideas. It is characteristic for this formation to surprise the audience by availing themselves of a variaty of different musical styles.

The songs reach from lounge and ambient over to drum & bass and even to ethno. Emphasis is given to the compositions as opposed to the abilities of the musicians in playing outstanding solos.

Longterm colaboration allows to convincingly perform realtime instant-composing on stage. The mixture of well arranged song fragments with untied improvisations turns each performance into a new experience. The clear song structures are retained allowing the listener to easily follow and enjoy.

Inspired by Philipp K. Dick’s novels, the investigative eye of INJAZTIGATOR takes a closer look not on the past as in the previous albums “Return to a Past Future “ (2010) and “The Grammar of Life” (2006) but rather at the scenario of a failed Utopia.

The third INJAZTIGATOR album (2013) takes us into a dark, dusty and rusty town in the future, which has gone astray. There is darkness, rumbling, rustling, and everything is about to fall apart.

The audience slips into the skin of a DYSTOPIA resident, finding himself, like an AUTOMAN, locked in the UNDERWORLD made of endless labyrinths, externally commanded and closely surveiled by the IRON CORE. Everyday tasks are executed by the CAREBOYS. Communication is taken over by the CYCLONECTOR and residents are monitored by the INFRADRONE. The system cannot be saved, ressources are getting scarce and the city is going to pieces… But there is hope, hope of redemption – SOONDAI.

“Welcome to Dystopia” is a direct, unrefined, raw and edgy album. It shows the quartet from a new side, raw, rocky and metallic. The album would have been tagged as Jazz Rock 30 years ago. However today, it is a blend of Industrial- Electric Jazz, does it require to be classified. Ten new seething, scratching, wheezing, rasping, steaming, pulsing and magnetising tracks. 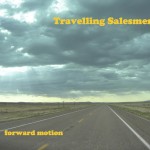 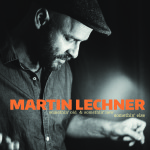 It’s hard to find someone with plenty of intuition and a unique voice who is able to connect jazz and soul on an absolutely professional level.

Martin Lechner is gifted with a supreme voice and uses it confidently and easily as if he hasn’t ever done otherwise (during his whole life) – freshly, modestly and ingeniously. An exceptional appearance who can’t be better be described as being a natural. His congenial and easy way lets the music breath in a soulful manner, which reminds us of Nat King Cole, Frank Sinatra or Marvin Gave. The timbre of his voice, his phrasing and power of interpretation captivate the listener irresistibly.

Martin Lechner sings his songs in the style of the 50ties, amongst them songs from Nat King Cole as well as modern tunes such as “Valerie” known from Amy Winehouse, which are performed as swing versions. 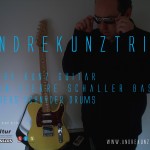 The Band is well known for their uncompromising music, combining cutting edge high-wire improvisational scenarios with thoughtfully composed music, blending jazz rock and funk into something new and exiting.

Jazz-pop and popular jazz, which avoids any banality.

The quartet “Voice It” combines virtuosity with great entertainment. “Voice It” consists of four musicians who are established members of the Swiss jazz scene.

They underplay their exceptional abilities in favour of their versatile songs resulting in stylish and truthful jazz classics.

“Voice It” combine nostalgia with juvenile freshness, presenting jazz jewels in new clothes: “Softly As In A Morning Sunrise ” is presented in a funky version, which forcibly makes the audience feel like dancing. “Summertime” comes with jazzy vocals and subtly grooving rhythms, whereas “Cherokee” lets you drift back to ancient times – even though you might not have lived through them 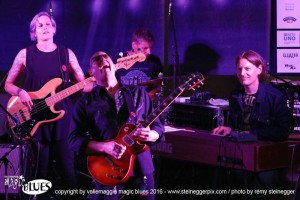 Since the early 80ies, England born Elliott Marks has become all over Europe a most respected and recognized blues guitarist and singer who has committed himself to the pithy and torrentially pulsating sound of the Chicago and Texas Blues. He founded his reputation between 1980 and 1990 as a session guitarist in swinging London .

With his new band project, he again proves himself as a true champion of mood packed musicality, supported by the excellence and sensitivity of his three young co-musicians. Be it in the field of melancholy-slow, groovy melodies or tensely-fast, hard rhythms, Marks easily produces any desired mood on the grounds of his incredible technique and his emotional spectrum, turning out to be at the same time a fabulous, convincing vocalist. Blues addicts will find it practically impossible to get out of the reach of his play’s dense, stirring and atmosphere packed spell. His widespread, timeless blues just overcomes, overwhelms and lasts.

This band offers in best technical perfection a concentrated mega load of blues feeling, reaching from hard boiled hammering to melancholy sensitiveness and dragging up every connoisseur of the subject without fail.
Once you got it…. 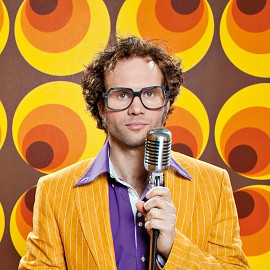 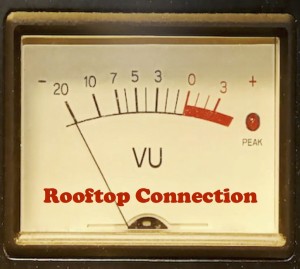 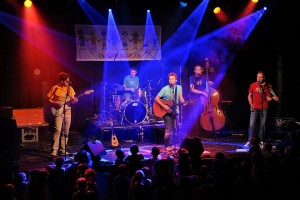